An avid reader who has an incurable need to research everything she comes across, Rachelle is an author of paranormal and horror serials as well as the occasional women’s fiction piece. Since scribbling down her first story at the age of eight, her love for language and books has blossomed into a full-time career. She currently works as an independent editor and author while being a stay-at-home mom to her children’s and two rather persnickety cats. When she’s not baking or playing in the snow, you can catch her blogging, tweeting, or plotting her next series

Synopsis for The Eyes That Moved

Kendra Merrick has a knack for spotting unusual trinkets and treasures, and she isn’t afraid of using unconventional—or illegal—methods to obtain them. When she meets Adam, a fellow sleuth and collector, they embark on their biggest adventure yet: the Whitson house. The house is a marvel, and its secrets are even stranger than she imagined.

Kendra stumbles upon the find of a lifetime. But she may have signed on for more than she bargained. There’s a darkness in the house that wasn’t there before, a pair of eyes in every corner, watching, waiting. And Adam isn’t at all who he claimed to be.

In this chilling tale with a unique twist on paranormal horror, one girl learns just how deadly porcelain dolls can be.

Review for The Eyes That Moved

I absolutely loved the book. It almost reminded me of an episode of Charmed. I cannot go into details without giving away the ending of the book. I do find certain dolls creepy, as I have had a few issues with dolls lol. For instance, I hate Cabbage Patch Kids, every time I got one as a gift, it stayed in my closet. I got this doll from church as a gag gift (it has been passed around each year as a joke), and it had a wind-up in its back. That thing would play music and move even though no one touched it. So yeah, I found this book quite creepy. A short story that packs a punch. While walking through the house, you are feeling intense, and when they see the room with the dolls, it gives off a creepy feeling altogether. If you are scared of dolls, but don’t mind a scary story with dolls, I definitely recommend this book!

You can find Rachelle on the following sites: 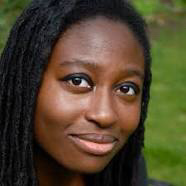 First – I just wanted to say thank you all for hanging in there for me these past couple of months. Between commuting and work (gone for 12+ hours a day, and with new job I am literally gone only 5 hours a day), and schooling, and then a family emergency, I have been really behind on my posts for my 31 Authors of Halloween. If it was not for all of you, I would not have kept going. Thank you for your patience, and your dedication! I truly do appreciate and love all of you! 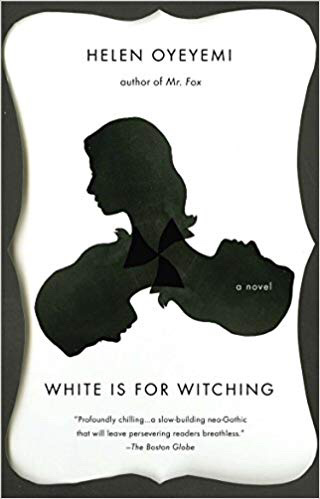 Synopsis for White is for Witching

There’s something strange about the Silver family house in the closed-off town of Dover, England. Grand and cavernous with hidden passages and buried secrets, it’s been home to four generations of Silver women – Anna, Jennifer, Lily, and now Miranda, who has lived in the house with her twin brother, Eliot, every since their father converted it to a bed-and-breakfast. The Silver women have always had a strong connections, a pull over one another that reaches across time and space, and when Lily, Miranda’s mother, passes away suddenly while on a trip abroad, Miranda begins suffering strange ailments. An eating disorder starves her. She begins hearing voices. When she brings a friend home, Dover’s hostility toward outsiders physically manifests with the four walls of the Silver house, and the lives of everyone inside are irrevocably changed. At once an unforgettable mystery and a meditate on race, nationality, and family legacies, White is for Witching is a boldly original, terrifying, and elegant novel by a prodigious talent.

Whoa! A woman who is compelled to eat things that are not food??? Oh man! Something to keep my attention!

P.S. Thank you again for reading my posts and celebrating this wonderful month by dedicating it to the most talented horror writers! If you would like to participate in the event next year (no, it is never too early to start planning), please feel free to email me at coffeewithlacey@gmail.com