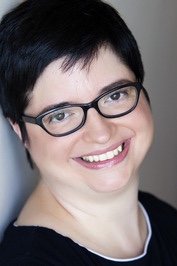 *Disclaimer: This post has affiliate links that will help support authors and to keep the blog going with the reviews. By clicking the link, a small percentage will go to me to keep the blog running without affecting the distributor.

I met Sofia Tate at the author event in Sacramento back in February, and like all of the authors, she was just amazing to talk to and get to know. I had the book in my TBR box and saved for the 24 hour read-a-thon on the last weekend of April.

As a gifted opera singer, Allegra Orsini’s only obsession is music – until she meets him. A strikingly handsome and powerful man with a life splashed across the tabloids. Davison Cabot Berkeley isn’t what she expected. He’s unlike the other wealthy patrons who dine at Le Bistro. Davison sees more than just a coat-check girl working her way through grad school. And from the moment he looks at her, those deep green eyes ignite a fire inside Allegra that she’s never felt before.

She craves Davison’s touch – his possession – endlessly. Even though every fiber of her being is telling her to stay away, that it’s best for both of them, she can’t. As his passion consumes her, Allegra can no longer deny Davison’s hold on her. He’ll never let her go. But as much as she wants him, Allegra can’t surrender to his love – not until she faces a painful secret from her past that could destroy them both . . .

Breathless for Him, which is the first in a series, is a great book with sex, love, deceive, drama, etc. I could not put it down, I literally read in two hours. I admit, it did take me a little bit to like Davison, as he is straight forward. Not kidding lol. But, after a while, I started loving him because of how he is with Allegra. He is not only possessive, but he is very protective of her. Her dad is adorable as well lol. I rate the book 4/5. I recommend the book to anyone who loves a good romance with erotica.

You can follow Miss Tate on the following social media sites