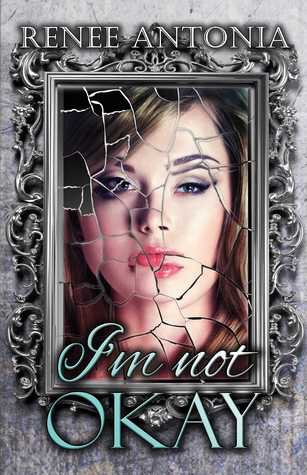 Welcome to the current stop for the blog tour for I’m Not Okay by Renee Antonia. I related to the book in so many ways as I live with anxiety as well as depression. It is not easy. And it is always okay to admit that you are not okay.

When she wakes up in the morning, the first thing that goes through Alejandra’s head is whether or not she will be forced into another anxiety inducing situation. The struggles of being a young adult living with an anxiety – ridden brain becomes too much for Alejandra to deal with. So, with the help of her friends, she forces herself out of the bubble her anxiety has placed her in. She learns to conquer the fears she once though would destroy her and learns to rely on herself more than she ever has.

Like I said, I have suffered anxiety and depression since I was a preteen, I can completely relate to Alejandra. There are characters in the book you will love, and some you will hate. Some you have no idea how to feel about it. I rate the book 5/5.

Catcher in the Rye was probably one of the most memorable books I read while in high school.  I remember dying to continue reading about Holden and his erratic ways.  So, when the book found it’s way on my bookshelf recently, I immediately stopped what I was reading, and began reading it.

From the first sentence I was completely entranced… again.  Holden became the character that I loved to hate, and because of that, I am as invested in the book as I was when I was 16.  His absolute disdain to anything that sounds or looks like authority reminds me of my angsty teenage ways, which is what I believe makes this book amazing.

I have always been told that Catcher in the Rye was one of the books that you either loved or hated.  The main character, Holden, can be considered one of the most hated characters in literary fiction, and reading this book as a 21 year old, I can see why.

Holden’s reactions to the different situations he is put in shows his ignorance and naivety.  His general hatred towards anyone who doesn’t agree with him or believe in the same things he does, is foolish.  But, I believe that is what makes him a strong character.  I find myself in love with the notion of the book.  The book is about a troubled kid who is really just trying to find his way in this world, and that is what drew me to the book 5 years ago.  As far fetched and extreme of positions Holden finds himself in, the moral of the story is simple, growing up is hard.

Holden spends the book running away from the idea of having to grow up and face consequences and responsibilities.  As a teenager reading the book, I resonated with the simple moral and believed that this book was the best thing to happen to literature.  As a 21 year old, I read the book and enjoy the amazing writing and strong character development.

I have a few more chapters until I finish, and I know that this won’t be the last time that I read it.  It is definitely a book that will never die.